My Favorite Story with the NBA's David Stern 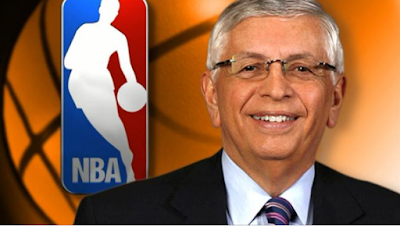 I was saddened to learn last night that the legendary Commissioner of the National Basketball Association -- DAVID STERN -- had passed away after suffering a brain hemorrhage a couple of weeks earlier.

I had the great honor (it was an honor) of working with David Stern for a few years.

My David Stern story began with an idea I had to create a magazine for disadvantaged youth in the inner cities all over America.  I had been observing horrid high school graduation rates among kids in the Detroit Public Schools -- and I thought that famous athletes (who graduated from high school and went on to college) could reach these kids by telling their stories and motivating them to stay in school and get an education.

So, I created a magazine mock-up that I named WINNERS -- that would profile famous athletes who had "walked in the same shoes" as these kids in these inner-city public schools across the country.  I first pitched this idea to execs at Nike and Reebok -- the two dominant shoe brands of that era -- unfortunately, I got nowhere with this effort...

Not one to quit easily -- I decided to reach out next to the NBA's David Stern. He was the "big thinker" in professional sports at the time and I thought he might like this idea if I could get in front of him.

Unfortunately, I knew absolutely no one with the NBA.  So, I decided I'd start with the home team Detroit Pistons.  Their president at the time was Tom Wilson -- I had never met Tom before, but I thought I'd give him a call to see if he would be kind enough to give me an introduction to David Stern.

Tom agreed to meet and a  few days later I was sitting in his office at the Palace of Auburn Hills with my magazine mock-up (WINNERS) and a story.  When I was done Tom asked "all you want from me is an introduction to David Stern?" -- my reply "that's all I want."

Well, wouldn't you know it -- the following week I was in a conference room in the NBA's Olympic Tower offices in Midtown Manhattan with that same magazine cover mock-up and story -- pitching it to the one-an-only David Stern!

Stern liked the idea, so much so, that he told me in this meeting "I want to do this -- I just don't know if I want to do it with you, when I can go down the street and work with Time Inc., Hearst or Hachette (the world's largest magazine publishers at the time).

Then he looked me straight in the eye and said "so, why would I want to do this with you?"

I confidently replied, "because I'll be more passionate about this than they will..."

Well, about six months later we published our first issue of what would forever be called NBA INSIDE STUFF.  David Stern liked this name better than WINNERS and so did I... 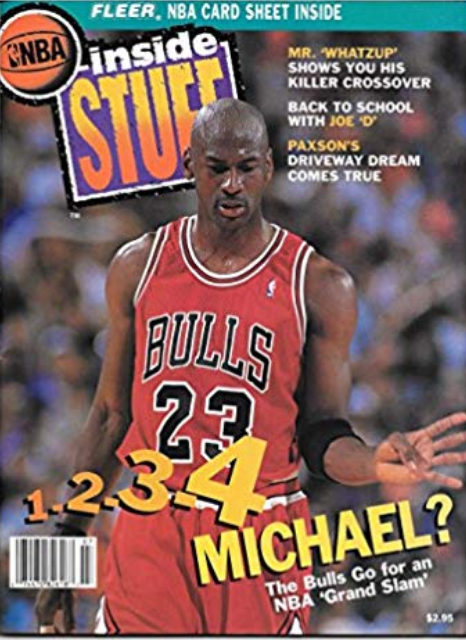 NBA Inside Stuff was sold on newsstands all over the country and distributed FREE to kids in public schools in NBA cities.  NBA Inside Stuff then became a NBC Saturday morning TV show -- starring Ahmad Rashad and Willow Bay... 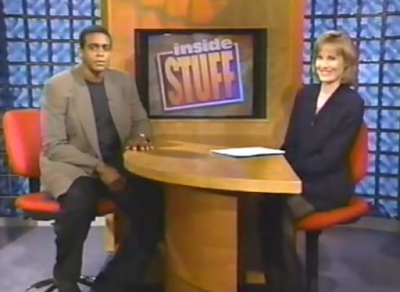 But, that's not my favorite David Stern story -- this is...

NBA Inside Stuff had been rolling along nicely when one day my phone rings and it's David Stern.  He says; "Jim, I'm tired of walking into bookstores and only seeing books about baseball. football and golf -- and no books about basketball...  Have you ever published a book before?"

Well that call led to our team creating a book titled; NBA JAM SESSION A Photo Tribute to the NBA Dunk.

Once the book was finished (we had yet to publish it), Stern called and asked me to come to New York to meet with him.  This meeting is one I will never forget...

We met in his spacious office on Fifth Avenue -- Stern asked me to move to a smaller round table in his office.  Once we sat down he says this to me, "I'm going to share with you my business plan for the NBA... (long pause) -- MULTIPLE REVENUE STREAMS.  I don't start anything or get into any business that does not have multiple revenue streams."

Then Stern throws a pen on the table that bounces up and hits me in the chest and falls back on the table.  He then says "there is my business plan" -- as he looks down at the pen.  Then he looks up at me and says "You don't f----ing" get it, do you?"

And then Stern proceeds to give me a little lesson on multiple revenue streams and how it manifests itself at the NBA...

"If we were going to make a pen at the NBA, (as he picks up that pen from the table) -- I would ask my team to leave the room and not come back until they had at least ten more revenue streams that we could create from a pen..."

"Now, they might only come back with three or four (revenue streams) -- but, it's more than one -- and I will not get into a business that has only one revenue stream."

"So, now -- you and I are going to come up with at least ten ways we can take this NBA JAM SESSION book and create revenue streams from it for the NBA..."

Within 29 minutes -- the two of us created 13 additional revenue stream ideas from the content we had created for the NBA Jam Session book; trading cards, posters, t-shirts, etc., --  even a CD and a Bobby Brown song and music video...

With these additional revenue streams in place -- Stern gave me the go ahead to publish NBA Jam Session and put it into bookstores -- and the NBA Jam Session brand was off to the races. 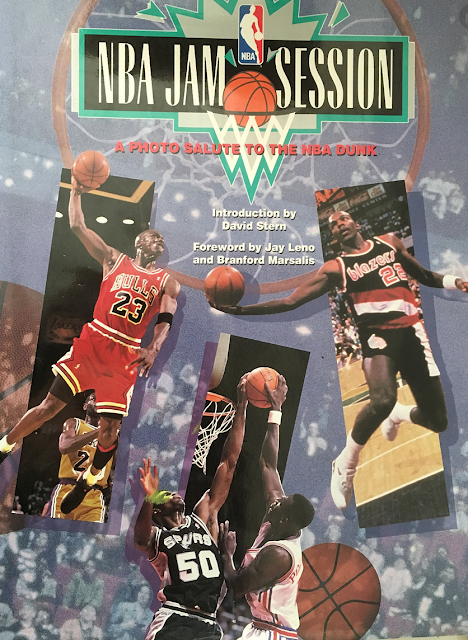 David Stern was brilliant, tough and intimidating -- a man who saw opportunities before others...

I have many more David Stern stories that I'll leave for my own book someday;

David Stern -- I'll never be able to thank you enough for sharing your time, intelligence and experience with me.  You taught me much.  You left a trail.

Ben Skowronek  (Fort Wayne, IN) announced last night that he will play his final year of eligibility -- as a graduate transfer -- for the Fighting Irish of Notre Dame.  Skowronek played the last four years for Northwestern.

LINK:  SKOWRONEK BIO
Posted by Jim Small at 9:06 AM