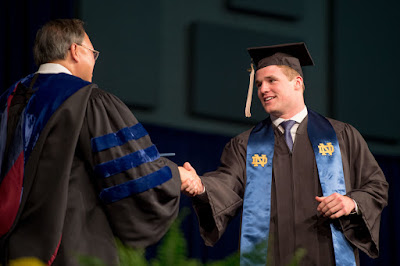 How is this for a fun fact!

In the AP Preseason Poll you will find Notre Dame alums (Class of 2015) starting on three football teams ranked in the TOP 11 -- what other school can make that claim? 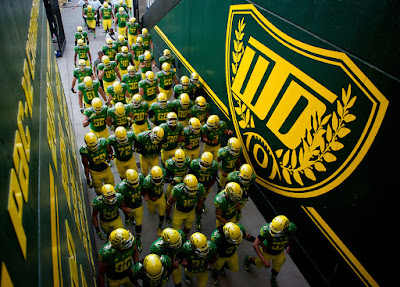 Hegarty -- a starter last year for the Fighting Irish -- was not expected to start this year for Notre Dame, so he left for Eugene seeking a starting role with the Ducks.

He joins Everett Golson as one of two Notre Dame alums -- beyond the alums playing for the Fighting Irish -- who've earned a starting role on a top-ten ranked team in the pre-season polls -- after their graduation this past May.

A great indication of the football talent in South Bend!

LINK:  HEGARTY EARNS START
Posted by Jim Small at 11:19 AM 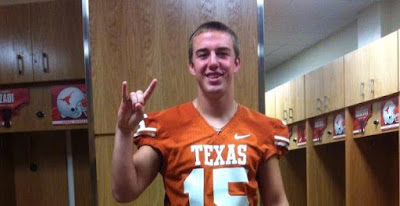 A walk-on QB -- Holtz made some noise on YouTube recently with this video linked below -- where he's "holding" for a unique field goal try.  You'll want to watch this:

LINK:  LOU'S GRANDSON A LONGHORN
Posted by Jim Small at 8:43 AM