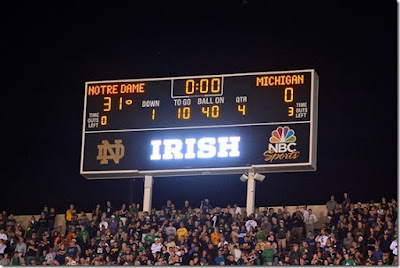 Notre Dame's Brian Kelly spoke with a Sports Illustrated reporter about efforts to renew the rivalry with Michigan...

It has been 1,008 days since Michigan last scored a point against Notre Dame.

My Friend David and His Friend Muhammad Ali 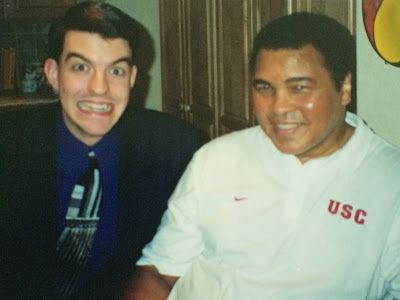 David Chaudoir grew up playing in the backyard at Muhammad Ali's long-time home in Berrien Springs, MI -- just 29 minutes from the University of Notre Dame.  He later worked 12 years for Muhammad Ali Enterprises as their Director of Marketing.

That's David a number of years ago with Ali -- please know it pains me to post a photo of Ali wearing this shirt...

For the last three years -- David has been my teammate here at the University of Notre Dame.

Today -- David is in Louisville with Ali's family and former colleagues celebrating the life of his friend.

David wrote this reflection -- the night of Ali's death.  He's allowed me to share this with all of you today.