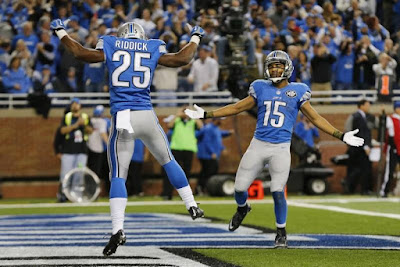 Former Notre Dame student-athlete Theo Riddick caught a team record for a running back 80 passes this seasons -- and he led all NFL players with the most broken tackles with 36!

AND, HE DIDN'T DROP A PASS ALL SEASON!!! 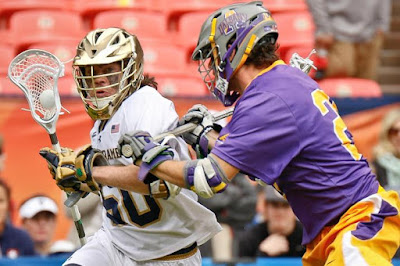 Kevin Corrigan's Fighting Irish -- coming off their fourth Final Four appearance in the last six seasons --- are ranked #1 in the country in the Nike/Lacrosse Magazine's preseason rankings of NCAA Division I men's lacrosse teams!

The good news here is this -- two of the last three teams ranked #1 in the preseason poll went on to win the National Championship that year!